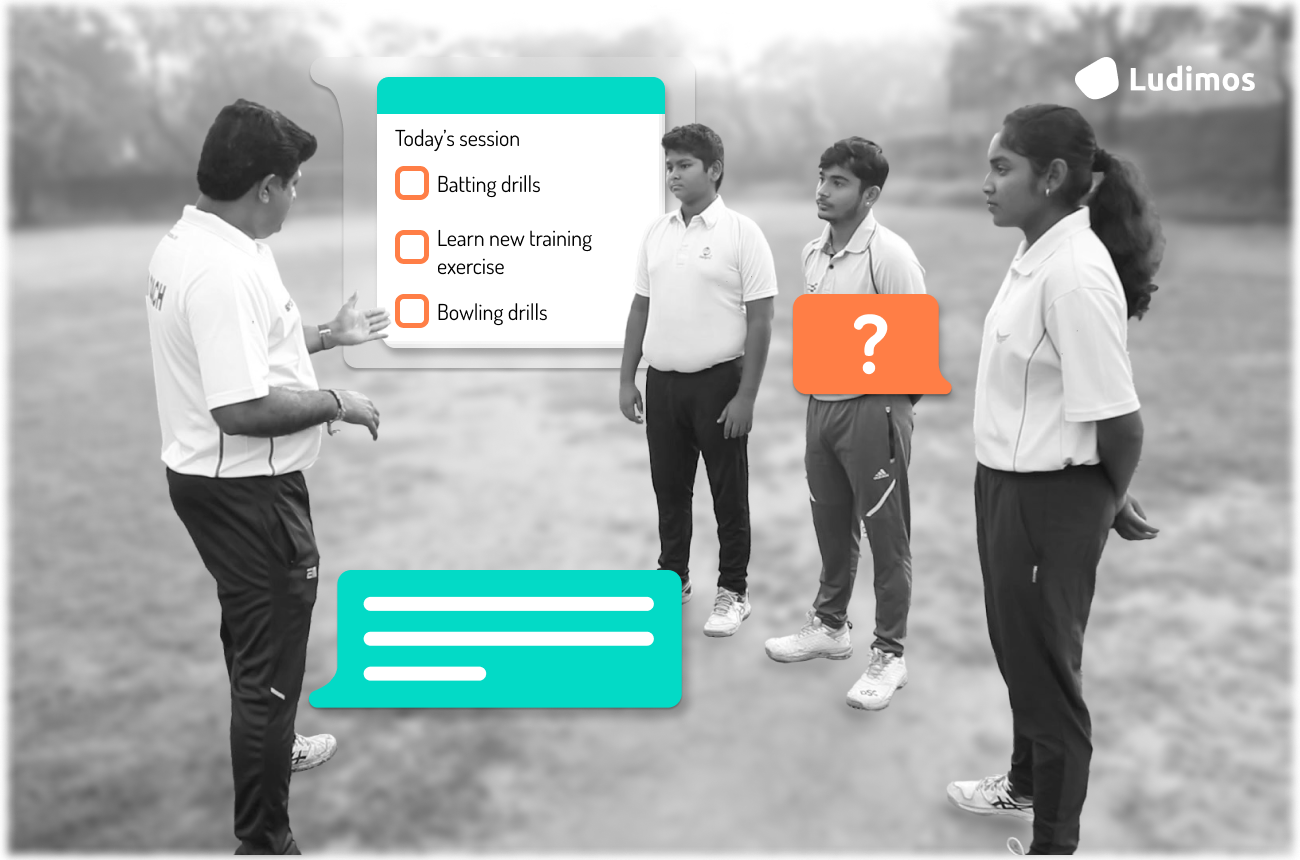 Like MS Dhoni dedicates his success to his coach Keshav Banerjee, or Lasith Malinga, the former paceman of Sri Lanka, does to Champaka Ramanayaka, every player has someone they dedicate their name and accomplishments to. For some players, it might be their supportive parents; for others, their encouraging friends. One figure that remains constant is their persistent and determined coach.

A coach is critical to a player's success. A good coach and a proven coaching process are the keys to unlocking your dreams of cricketing success. Especially considering how popular and highly-demanded cricket is, proper training is necessary for making it big.

“A coach is someone who tells you what you don’t want to hear,

who makes you see what you don’t want to see,

so you can be who you always knew you could be”

A well-structured training and measurable development process is a necessity for young athletes. The role played by a coach in their early days is crucial for the player’s growth and success in their career. This intrinsic requirement has resulted in great demand for quality coaches.

Though coaches and players spend quality time coaching and learning, we have observed that current training processes are somewhat inefficient and ineffective. Mainly because of the following issues:

When players train together, it gets difficult for a coach to pay special attention to somebody specific, which leads to the coach giving generic feedback rather than instant actionable in-depth help with techniques. Also, Coaches often use phrases like, “too much bottom hand in your shots” or “you don’t have a stable stance.” These sentences are not understood clearly by the players. Hence, they keep making the same mistakes without understanding the root cause of the issues. Further, players get confused when they receive too much feedback in a session, and they cannot keep track of this while training in the future. Such incidents lead to delayed improvement in the game.

A player could remember something told in one training session, maybe two. But by the third session, all the feedback from the previous sessions is usually forgotten. Something like this happens because, during training, most feedback from coaches is verbal. This verbal feedback cannot be tracked and hence, eventually overlooked. The players may approach the coach in the future and discuss this again, but time constraints do not allow this very often. There may be a fair chance that the player would be considered inattentive to the coach’s feedback. Also, after a point, even coaches themselves cannot keep up with every piece of feedback they have for a player, especially considering the number of people they train in a day.

Players train with coaches for limited hours per week. After that, players train at their convenience and without supervision, which leads them to have many doubts and questions. But, generally, both the player and coach have to wait until the next session to discuss anything cricket-related. Due to this, the players often even forget what they wanted to discuss in the next session. Consequently, no player-coach interaction puts players way behind their game.

This issue again stems from two main things: First, unclear feedback from coaches. And second, coaches cannot observe every detail while coaching a group. For example, a coach might look at a player and give feedback on their batting style, "your head is falling away". But the players do not understand where or how much their head is ‘falling'. Also, because a coach cannot observe the complete training, they might miss some key mistakes quite often.

“All coaching is, is taking a player where he can’t take himself.”

‍
Coaching means lots of training sessions, player mistakes, and a whole lot of feedback. Over time, a coach cannot objectively explain how a player is developing and by how much. Lack of tracking and monitoring of a player becomes a hurdle in the coaching process.

All these issues make training sessions inefficient, ineffective, and repetitive. However, with the assistance of smart tools like the ones provided by Ludimos, there can be improvements to the entire coaching process.

By using the Ludimos platform and taking the coaching process online, cricketers and coaches enjoy the following benefits:

Online cricket training can be fun and interactive. And this is what Ludimos is doing: it is making online cricket coaching accessible and easier for everyone. Want to give Ludimos a try, book a free demo from our team using this link.

The rich text element allows you to create and format headings, paragraphs, blockquotes, images, and video all in one place instead of having to add and format them individually. Just double-click and easily create content.

How to customize formatting for each rich text

Headings, paragraphs, blockquotes, figures, images, and figure captions can all be styled after a class is added to the rich text element using the "When inside of" nested selector system.

Madan Raj Rajagopal
Founder & CEO of Ludimos
I am a Cricket freak and AI geek. My passion for the game and my love for technology & AI led to founding Ludimos. My mission is to give millions of cricketers a chance to showcase their skills and an opportunity to chase their dreams using Ludimos.